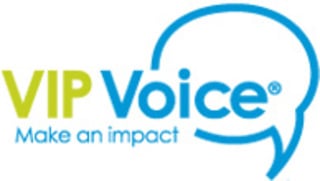 VIP Voice is paid survey panel owned by the NPD Group, one of the oldest and largest market research firms in the world. NPD has been in business since 1967 and conducts more than 12 million surveys around the world every year. Each survey on this site awards VIP Points which can be used to acquire a variety of gift cards, cash awards, or other products.

One of the good things about the site is that each survey a person attempts will award at least some points. More points will be awarded if the person qualifies for the survey and fully completes it.

The exact number of points awarded for each survey will vary depending on the account level at the time a survey is started. New accounts start at level one and the level is increased after completing a certain number of surveys, up to a maximum level of five. As your account level increases, more points are awarded for participating in and completing each paid survey. So all surveys attempted or completed after reaching the fifth level will award the same number of points.

Once points have been accumulated by completing paid surveys there are a few different ways they can be used to aquire rewards. The most straightforward way to use the points is in the “SweepLand” section of the site’s Reward Center. In this section points can be used for entries into a variety of sweepstakes. These range from chances to win a $10 gift card, up to an item like an iPad mini, or even $5,000 at the most.

Sweepstakes can be entered for as little as one point, with more points providing more entries in the drawing and a better chance of winning. The drawings for smaller prizes happen frequently, whereas drawings for larger prizes will happen less often. It is also necessary to have a higher account level in order to participate in the drawings for bigger rewards.

The other option for rewards is the “BidLand” section of of the site’s Reward Center. This section provides members of the site the option to bid in auctions for a variety of awards. The items up for auction range from as little as $3 Amazon gift card up to a $200 Disney gift card or PlayStation 4 video game console. As was the case with the sweepstakes, the smaller value items will be auctioned off more frequently than the higher value items.

In both cases the reward you get for your points isn’t fixed. Sometimes a gift card will be auctioned off for fewer points than at other times, depending on how people bid. So the way you use your points will help determine the value you get out of them. If possible it’s a good idea to save up points and keep an eye on the auctions until one comes along with lower than usual bids.

Members are consistently provided with surveys and should find VIP Voice a very easy site to use in temrs of accessing and filling out surveys. After registering, members are provided with a “Take a Survey Now” option on the main screen. Simply click to start a survey or check the Survey Center for additional surveys. Earn extra points with site bonuses and special items/events such as the current Play Plink In One page which allows you a free opportunity to earn points or cash each day by playing a game of Plinko.

One downside of this program is that, unlike many of the other sites for making money online, VIP Voice does not have a referral program. So it isn’t possible to earn anything by telling your friends or family about this site.