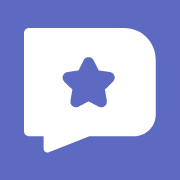 The i-Say online survey panel is owned by Ipsos, one of the oldest and largest market research firms in the world. Ipsos was founded in 1975 and currently employees over 15,000 people in over 80 countries around the world, carrying out over 70 million survey sessions per year.

The signup process for this site does require some information, like a phone number, which isn’t typically required to join other paid survey sites. Still, it’s a quick and easy process for the most part.

After completing the signup process and confirming your email address the first thing to do is to complete their “Get to Know You” survey to quickly provide a little more info about yourself to help match you up with paid survey opportunities. Like many of the other surveys on i-Say, the 10 minute estimate for this one is too high. Surveys on this site typically take a few minutes less than the estimates indicate.

The site itself is pretty simple for the most part. The only way to make money on the site is by completing surveys. It is possible to create or fill out really basic polls, but those don’t earn you any points on the site. The polls are just a way to pass time or have fun if you like making or participating in one-question polls.

One unique feature of this online survey site is their “Poll Predictor” game which can be played once each time a survey has been fully completed. This is a pretty fun game and gives you a chance to earn entries into various drawings which i-Say does every two weeks. The game works by providing a fun question — like, “Have you ever been called a hippie?” — and having you guess which percentage of people answered the question “Yes” when polled. The closer your guess is, the more entries you earn for the drawings. If you’re way off you get 1 entry, if you’re right on then you’ll get 25 entries.

Aside from the “Poll Predictor” drawings, i-Say also has another drawing which is done every 4 months, with the number of entries you get being based on the number of paid surveys you’ve completed since the last drawing. Each time this drawing is done 10 winners are drawn and receive an award of 5,000 points each.

Winners of both types of drawings are announced by email and must be claimed within a limited time. So be sure you provide an email address which you check regularly so you don’t miss out on any winnings.

Points are generally worth one cent, with two exceptions: 1) The reward center currently has a limited number of $15 giftpax which can be purchased for 900 points, and 2) Paypal payments cost a few extra points, about 2% more than other items. So a $10 gift card is 1,000 points, but a $10 Paypal payment takes 1,020 points. If you can select a gift card you’re sure you’ll use, that is the slightly better value. The $15 for giftpax can be used to purchase items from giftpax.com which has some packs that seem to be decent values.

Points can be used to order gift cards or Paypal payments, or a charitable donation, as soon as you have enough points for the item you want to request. Some gift cards are delivered by email immediately after being requested. So those payments are available much faster than is generally possible on other online survey sites. Paypal payments require a 3 – 4 week wait, and some other options may require 4 – 8 weeks of wait time. So some of the other gift cards are slower to be paid than other survey sites offer.

i-Say has a simple mobile app which allows for the completion of paid surveys on the go. The one potential advantage to using the mobile app is that it provides you the option to qualify for additional surveys if you give the app access to your location data (“GeoSurveys”) or allow it to see which ads or videos are viewed on the device (“Mobile AD ID”). If you’re comfortable sharing that information you may gain access to additional paid surveys based on where you are and how the content you view on the device.

Visit I-Say to Join for Free