The Springboard online survey panel was launched in 2009 by a market research firm named Vision Critical, which had been in business since the year 2000 and was later renamed Maru/Blue.

This program has one of the longer signup processes for paid survey sites, as they will require that you provide a decent amount of information about yourself to join their program. The information is the type of information online survey programs typically gather later on to help match people up with survey opportunities. So it helps to get some of that out of the way up front. Springboard also awards an entry into a $1,000 yearly drawing just for signing up.

After signing up and confirming your email address the first thing to do will be to complete three short profile surveys to provide a little more information about yourself. Filling these out will earn you some rewards, including entries into additional $500 and $50 monthly raffles.

Paid surveys on the Springboard website can be completed to earn points, which can then be exchanged for gift cards. Each point is valued at about one cent. One of the drawbacks of this program is that the only rewards which are available other than raffle entries is $50 gift cards (or a $50 Paypal payment). So it’s only possible to cash out by reaching 5,000 points. Digital gift cards are issued by email within about one week after being ordered in the site’s reward center.

Reaching 5,000 points may take some time since Springboard has a small number of surveys available which they operate themselves. There are “Network Partners” surveys which will always be available. However, these surveys typically only reward a small number of points. The “Network Partners” surveys seem to all be from Samplicious, which is operated by Lucid, one of the larger market research companies. Those surveys are available on a number of other similar sites, though, and are generally offered for better rewards than are given out in the Springboard program.

Since the Samplicious surveys pay more on other survey sites, it’s generally a better use of time to avoid those surveys when using Springboard. It’s best to wait for surveys they operate directly to become available to you. As long as you complete at least one survey every five months your Springboard account will remain active. So this is a good site to use if you don’t have a lot of time for surveys or in addition to other sites.

The paid surveys actually operated by Springboard tend to be reasonable in length with decent rewards for the time required. Their own surveys typically award between 50 and 500 points ($0.50 to $5). It would be nice if they had more of their own surveys, but it’s not a bad use of time compared to other sites to just complete a few of their surveys per month. You just have to be OK with it taking a while to save up enough for a payment.

One nice thing about this program is that they ocassionally conduct focus groups which will tend to be more involved than a standard survey, but can also offer rewards of up to $100 if you qualify to participate.

Springboard doesn’t currently have a mobile app for their survey panel, but the site does work reasonably well in the internet browsers on mobile devices. So it is possible to fill out paid surveys at your convenience, even on the go.

At this time the Springboard program doesn’t have a permanent option to earn money by referring people. The site does periodically offer a referral option for a limited number of people. As a general rule, though, don’t expect to be able to make money by referring friends or family to use this site.

Visit Springboard to Join for Free 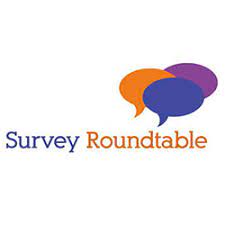 Survey Round Table is a simple and straightforward paid survey site, which compensates users for their opinon with points.